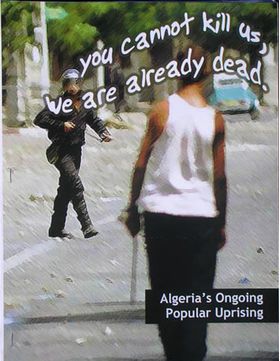 This pamphlet collects a number of essays coming mostly from an insurrectionary analysis regarding the events in Algeria during the early 2000s. Includes introduction by Firestarter Press, essay by Wolfi Landstreicher, comraderly greetings and empathy from Italian Insurrectionaries, list of international solidarity, a chronology of events leading up to and during the insurrection.