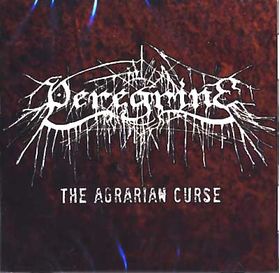 
Have we got the cd for you. The no-longer-extant band Peregrine, featuring Kevin Tucker, of Species Traitor fame, belts it out with all the fury that civilization deserves.

It's stumbling, bloated, dying body, throws itself into the sea. Colonial dreams of conquest complete, bleeding the Earth of everything. Communities torn and bodies enslaved, souls stolen by missionaries. Conquered, decimated, "liberated" their told, and the cycle is set to repeat. Shackled limbs, piles of hands, scorched earth decay: another kingdom for Europe.