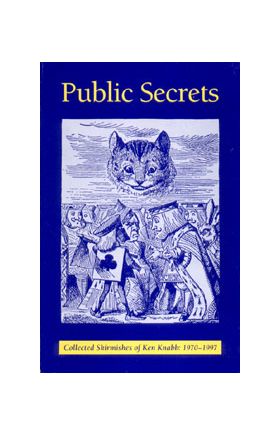 The first half of the book consists of two new texts. The Joy of Revolution is a series of observations on the problems and possibilities of a global antihierarchical revolution. Beginning with a brief overview of the failure of Bolshevism and the inadequacy of reformism, it examines the pros and cons of a wide range of radical tactics, then concludes with some speculations on what a liberated society might be like.

Confessions of a Mild-Mannered Enemy of the State is largely concerned with Knabbs situationist activities, but it also includes reminiscences of the sixties counterculture and accounts of his Zen practice and other later ventures. The remainder of the book consists of a variety of earlier articles, leaflets and comics.