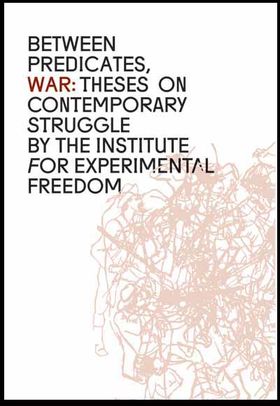 Written in the wake of Arab Spring and the Occupy Movement in the US (and elsewhere), this short book by Institute for Experimental Freedom is an attempt to contextualize those events in a narrative that includes the last two decades of anti-authoritarian struggle, and developments in late capitalism.