Cart is empty
Cart is empty
View cart
Checkout
Home/Books/Anarchy/The Cultural Logic of Insurrection:Essays on Tiqqun and The Invisible Committee 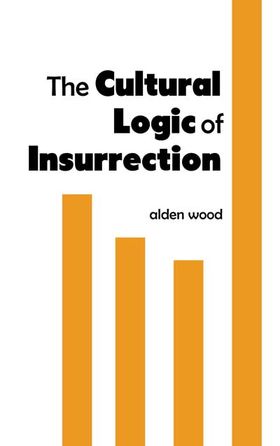 Tiqqun and The Invisible Committee, while clearly informed by academic discourses (such as traditional metaphysics, theories of sovereignty, the study of biopolitics and disciplinary practices, etc), are staunchly defiant of the academys monopoly over political thought. They are at once an appropriation, recontextualization, and a liberation of certain theoretical concepts from the tautological trap of academia and their subsequent projection into the world. In this way, Tiqqun and The Invisible Committee represent a critical synthesis of theoretical spaces as disparate and diverse as anarchist thought, Italian autonomist-Marxism from the 1970s, French ultragauche communism, the squatters movement in Europe in the 1980s, and the Situationist International. These essays are a dialogue with Tiqqun's logic and their successes (and failures) as a project.

1 Critical Purity or Insurrectionary Agency: The Culture Industry and The Coming Insurrection

2 Atonal Insurrection: Negation in the Work of Arnold Schoenberg and the Invisible Committee

4 Power and the Development of Empire: The Absolutist, Liberal, and Welfare State and the Emergence of Biopower in Tiqqun's Introduction to Civil War

6 The Poetics of Alienation: Gaston Bachelard's “The Dialectics of Outside and Inside" and Tiqqun's Theory of Bloom

7 The Politics of Transcending Traditional Metaphysics: A Heideggerian Reading of Tiqqun's “What is Critical Metaphysics?"