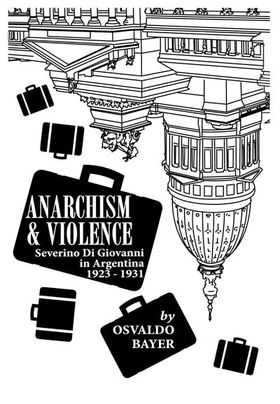 Italian anarchist Severino Di Giovanni, one of the most vocal supporters of Sacco and Vanzetti in Argentina, bombed the American Embassy in Buenos Aires, a few hours after Sacco and Vanzetti were condemned to death. On November 26, 1927, Di Giovanni and others bombed a Combinados tobacco shop. On December 24, 1927, Di Giovanni blew up the headquarters of the Citibank and the Bank of Boston in Buenos Aires in apparent protest of the execution. In December 1928, Di Giovanni and others failed in an attempt to bomb the train that held the President-elect Herbert Hoover.

The book we are presenting here is an interesting attempt by Osvaldo Bayer to reconstruct the activities of the Italian anarchist Severino Di Giovanni in Argentina in the 1920's. It also bears all the consequences of such a difficult task undertaken with the thorough but limited tools of the journalist.

IFace to Face with the Enemy

VThe Anarchist, Love, and the Woman

VIIThe Struggle is Always a Bitter One

VIIIFor Absolute Freedom with a Colt .45