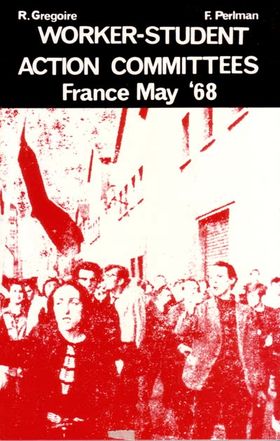 In May 1968, Fredy Perlman went to Paris on the last train before rail traffic was shut down by some of the strikes that were then sweeping Western Europe. He participated in the May unrest in Paris and worked at the Censier center with the Citroen factory committee. After returning to Kalamazoo in August, he collaborated with Roger Gregoire in writing Worker-Student Action Committees.

The book recounts their fascinating experiences in Paris when it seemed possible that a non-bureaucratic revolution was at hand.

From Student Revolt to General Strike: A Frustrated Revolution

The May 20th Strike and the Occupation

The Gates are Shut by the CGT

Contacts at the Factory

The Rank and File Committees

The Strike for Material Demands

Liberated Censier: A Revolutionary Base

Exemplary Character of the University Occupation

The Unveiling of Repression and Propaganda

Partial Liberation of the Militants

Partial Character of the Revolutionary Theory