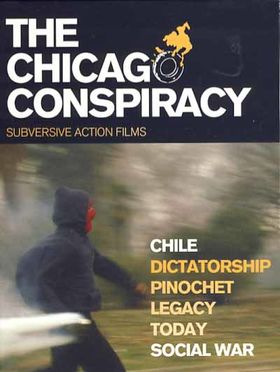 The Chicago Conspiracy is about the students who fought a dictatorship-era educational law put into place on the last day of military rule. Over 700,000 students went on strike in 2006 to protest the privatized educational system. Police brutally repressed student marches and occupations. The film also examines the neighborhoods lining the outskirts of Santiago. Originally land occupations, they later became centers of armed resistance against the military dictatorship. A number of them, such as la Victoria and Villa Francia, continue as areas of confrontational discontent to this day.

This video is also about the Mapuche conflict. The Mapuche people valiantly resisted Spanish occupation, and continue to resist the Chilean state and the multinational corporations that strip Mapuche territory for resources. This video is about today.