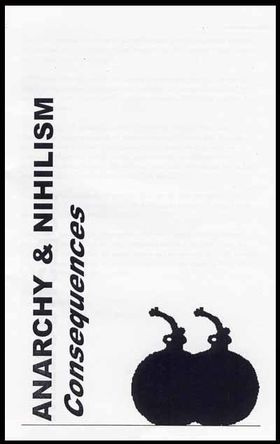 The second in a two part series on the current relationship between nihilism and anarchy, by the author of Nihilism, Anarchy, and the 21st Century and A Child's Guide to Nihilism.

A nihilist is a person who does not bow down to any authority, who does not accept any principle on faith, however much that principle might be revered.