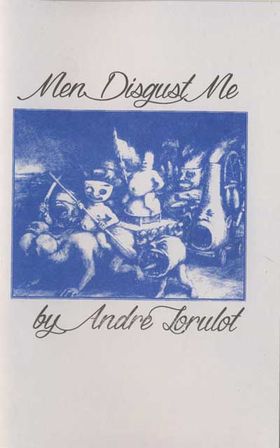 Disgust! A much misunderstood yet often felt affect. Andre Lorulot (1885-1963) a French free-thinker and exponent of individualist anarchism, explores his loathing for religion, the hypocrisy of the catholic church and its leaders, the masses, and even life itself, although he concludes that he isn't disgusted in life, but rather by those who make life not worth living by accepting their condition and conforming with the herd. Torulot looks down on everybody, and only admires those who look down as well, refusing to lick the boots of their masters. Taken from a longer piece published in 1939 and translated by Vincent Stone, it is one of the raft of attractive pamphlets put out recently by our geographically mysterious friends at Enemy Combatant Publications.