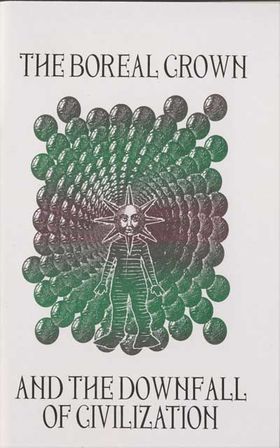 This 24-page pamphlet features four fascinating explorations into the brilliant mind of Charles Fourier (1772-1837). While his ideas are mostly written off as the rantings of an eccentric (if they are remembered or discussed at all), as a contemporary of De Sade and Blake, Fourier was no less visionary. As Hakim Bey writes "To quote Fourier out of context is to betray him...To understand the beauty of the idea it must be seen in the context of Fourier's grand and brilliant cosmological speculations, rivals in complexity of Blake's prophecies."

Read by and influencing André Breton, Walter Bejamin, and Raoul Vaneigem, to name just a few well respected figures, Fourier's ideas of harmonal attraction and the pleasure principle ushering in the end of civilization saw the creation of many intentional communities (known as "phalanxes") that engaged with these ideas of unrestrained passional fulfillment and total refusal. Through new ways of relating to one another they hoped to manifest a world so different from that which we know, that even our bodies would change. These revolutionary theories of returning to a primordial cosmic order could not be more relevant in today's society where civilization's repression of sensuality, creativity, and "the passions" is at an all time high. Of course, "Fourierism" should not be a blueprint, but an example of the kind of uncontrolled imagination we could all be aspiring to: rejecting the domination of reason and science, the guiding and oppressive forces of civilization. Having said that, this is not just a pamphlet to read and forget about; it is also a call for a continued engagement with these utopian ideas. As the publishers ask at the conclusion, "What have we got to lose?"

Giraffe and Anti-Giraffe: A Fourier Glossary

The Boreal Crown and The Downfall of Civilization, Anonymous