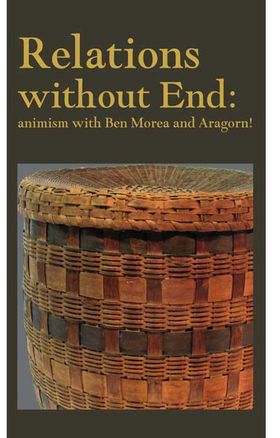 There is a painful and enormous gap between being (or naming yourself) an animist and feeling the glory of the profane (and holy) things around you. It is filled with mono-culture religions, civilization, and technocracy. This trinity makes compelling claims that the holy holy is in fact achievable by ritual, law, and blinking lights. Monotheism makes these claims with the promise of personal salvation and the potential of private revelation. It an enormous leap to say that kneeling alone by the bank of a river and being cleansed by the sacred is pure, unadulterated animism. It may be a true moment (especially to someone enveloped in spectacle and lies) but it is not a complete one. At some point one packs up the REI equipment in their Subaru and drives back home. Sometime later one posts about it on their Tumblr. One is not complete in the moment, but instead is an observer of one's own life, a life that can feel like a series of real moments, with disconnections that feel like a problem that can be solved after retirement or whatever.