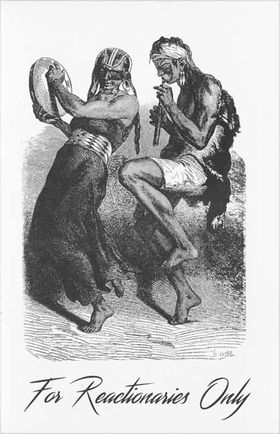 Sometimes the most interesting critiques of civilization come from the strangest, most unpredictable, most oblique directions. Such is the case with Jack Common's 1939 mini-masterpiece For Reactionaries Only, a dementedly dark disquisition on the nature of Progress that unfolds into a beautiful piece of writing bleeding with irresistible wonder. As a bonus feature we've paired Common's meditation on a new Dark Age with the sneering attack on civilized "rights," The Rights of the Horse and The Rights of Man, by Marx's disreputable (and disowned) son-in-law Paul LaFargue. The unlikely marriage of these two neglected texts bears thought-provoking fruit, because rarely have the radical edges of the old class-war Left come closer to overlapping with anti-civilization anarchist thought.