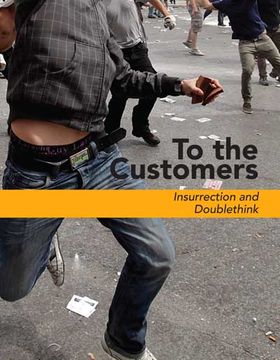 A scathing, witty, well-written, and partisan response by anonymous European insurrectionists, to the Tiqqun text To Our Friends specifically and also to the Invisible Committee and Tiqqun in general. While some of the critique is distinctly European, by and to people who have interacted on the streets and in each others' lives, the criticism is also aimed at and quite meaningful to those in the US who attempt to follow the model of the French folks in Tarnac.

It's not hard to grasp that for common mortals intent on making themselves pass for the Father, Son, and Holy Spirit, there is only one sure method for making their words infallible: saying everything and its contrary. Flip through the pages of the Invisible Committee and you remain certain that every one of its statements, peremptory as befits a piece of evidence, will know a few pages later an equally peremptory denial. In this way, what it maintains will always be true and those who criticize it will support, by force of circumstance, the false.