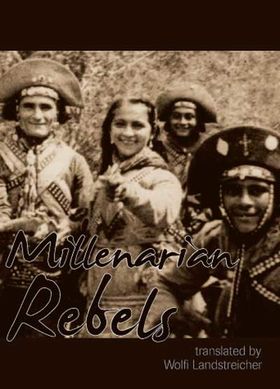 
Members of the French revolutionary group Os Cangaceiros write about their fierce Brazilian namesakes, as well as the millenarian groups of the dispossessed and the urban poor who joined together in movements of social reform at the dawn of the 20th century, only to find themselves in an apocalyptic struggle with the Brazilian state.

I find the sympathy of the cangaceiros for the millenarian movements of their time interesting because their way of life in their world seems to parallel that of the Free Spirit movement of the middle ages. The Free Spirits are often described as millenarians, but their millenarianism was distinctly different from that of Conselheiro, Thomas Münzer, the Münster millenarians and most other millenarian movements. The distinction lies in the fact that the Free Spirits did not see the millennium as something that was going to come soon, but as something that already existed within them. Their perspective was not apocalyptic — aiming toward a future end of the world — but rather based in the immediate present. This is why the Free Spirits, while still using religious language, actually attacked the foundations of religion: dependence on an external supernatural power, hope in a heavenly future, faith in an external source of salvation.

This book was originally to be put out by Eberhardt Press, where you can still download an ebook version, under the name Outlaws of the Sertão, as a companion piece with the book A Crime Called Freedom.