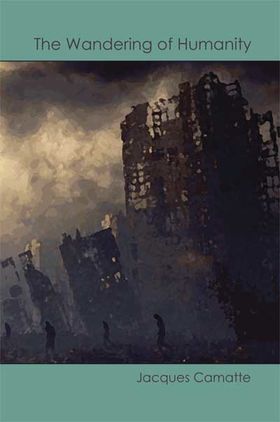 Alongside Fredy Perlman, there was Jacques Camatte, an iconoclastic anti-state communist who challenged marxism to attend to the world beyond industry.

If the seventies were good for anything it was the general attitude of working to move beyond the revolutionary movements that predated the sixties. Instead of Western Marxism we had the Years of Lead, the rise of Autonomous politics, and the birth of a green anarchistic position that learned from the Situationists.

This essay, born of that time, was originally published by Black and Red press. As the most recent issue of Fifth Estate informs us, this title (like a few others we haven't gotten around to yet) are "out of print, [but] their relevance hasn't lessened with the passing years. It is hoped there is interest in republishing them."

We have heard (ok, anticipated) this call. Our respect for the work of Lorraine (and Fredy) Perlman's work knows no bounds. Their work is similar enough to our work that we haven't found the difference yet (and we've been looking). This text, much like the Manual for Revolutionary Leaders, will stay in print as long as we are able.

The horrorshow that Camatte describes in this essay is what we experience in daily life under the regime of capitalism and the last gasps of the nation-state. We suffer not under the boot of authority but under the boring, boring, boring of the beautiful people and their problems and under the observation of participation.

The non-living becomes autonomous—and triumphs. Death in life: Hegel had intuited it, Nietzsche described it, Rainer Maria Rilke sang about it, Freud almost institutionalized it (the death instinct), Dada exhibited it as buffoon art, and the "fascists" exalted it: "Long live death." The U.S. feminist movement has individualized it: The male likes death—it excites him sexually and, already dead inside, he wants to die.
The autonomy of form affects all aspects of life dominated by capital. Knowledge is valid only if it is formalized, if it is emptied of content. Absolute knowledge is tautology realized; it is dead form deployed over all knowledge. Science is its systematization; epistemology is its redundancy.