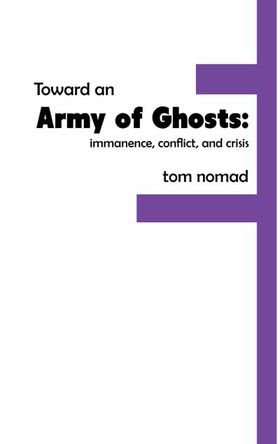 Addressing similar concepts and problems as his first book, The Master's Tools, this book looks at the philosophical foundations of and problems with how anarchists tend to look at the state and police, and suggests a new and more effective way.

In the idealized framework of police tactics all riot lines are orderly and controlled, but in reality cops have emotional responses, disobey orders, make mistakes, and are sometimes overwhelmed with resistance. The police riot is a massive acceleration of action, the complete breaking of coherence to reimpose coherence, but if it fails then they fall completely into incoherence. Though there is a tendency to see the police as a unified force, the organization of a riot line is not a form of order, rather it is a by-product of the attempt to organize a certain terrain of action within the paradox of contained crisis.