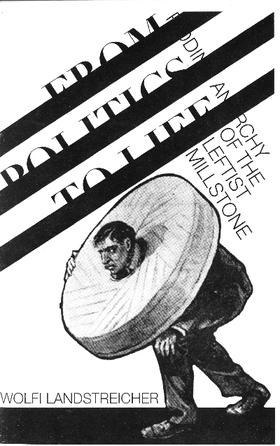 Ridding Anarchy of the Leftist Millstone

This version of this classic of post-left thought by Wolfi Landstreicher (which apparently has not gotten enough exposure in recent days), was designed by 1882 press, though the piece was originally published in Anarchy: a journal of desire armed.

For the left, the social struggle against exploitation and oppression is essentially a political program to be realized by whatever means are expedient. Such a conception obviously requires a political methodology of struggle, and such a methodology is bound to contradict some basic anarchist principles.