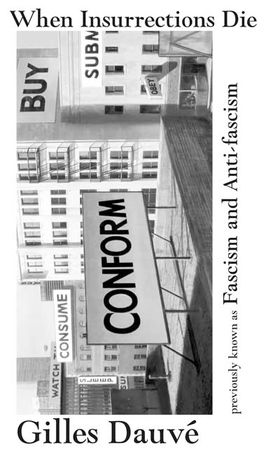 This essay by Gilles Dauvé, originally titled Fascism and Anti-fascism, looks at insurrections in Europe in the early 1900s (Brest-Litovsk, Rome, Turin, Berlin, Barcelona), discusses the Second World War and the difference between collectivising and communalising. Originally translated by Pannekoek Press, and posted originally on the Troploin website.

Dauvé brings his normal incisive anti-state perspective to the question of how to actually fight not just the obvious fascism, but the underlying factors as well.