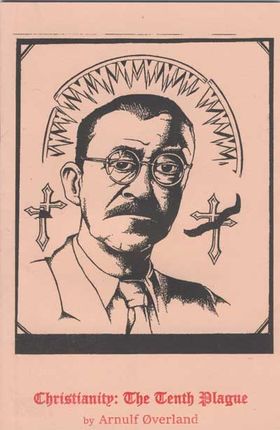 From the publisher: "A thorough takedown of christianity such as Overland's might lack the immediacy it had when he first delivered it to a bewildered audience of university students in Oslo in 1933. We live in an altogether different world than its author, who was arrested and charged with blasphemy for it.

Although we don't live in a christian-dominated culture in the same way Overland did, we realize that a critique of religious thinking is still a worthwhile project, precisely what he is up to here. ... Never before appearing in print in English, this pamphlet offers a humorous and, given the context, pretty bold take on the holiest of holies -- enjoy!"