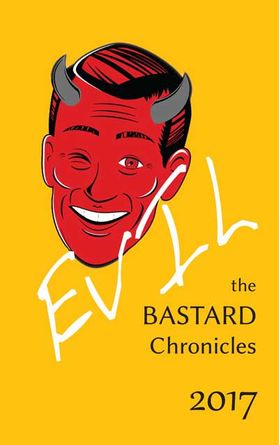 The fourth in the chronicles of the adventures of anarchist theory in the bay area. The theme in 2017 was evil, for reasons that will probably only suffer for being explained, but certainly are associated with the forced simplification of complicated realities; the polarization of thinking and acting; a general tendency toward even more us-versus-them attitudes than normal (which is saying a lot), and purges, witch hunts, etc. Presenters had different takes on why evil, what evil, and how evil, from an embrace of what is reviled to a questioning of revilement in general, to exploring specific practices that deserve more attention and analysis.