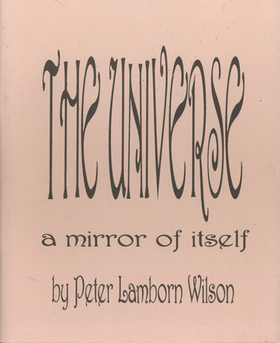 Charles Fourier still holds what you might call a passional attraction for us pessimistic utopians. The Universe: A Mirror of Itself is a reprinted edition of a pamphlet that came out to celebrate the launch of a (semi-)contemporary north american fourierist endeavor, The Bender Hollow Phalanx. This concise manifesto/introduction to Fourier's utopian socialist philosophy also offers a fun glimpse into early 90s-era "electronic paste-up" layout. A great companion piece to The Boreal Crown and the Downfall of Civilization, this pamphlet is a welcome addition to our 'visionary wingnut' series. Nearly left to rot among thousands of forgotten zines, we excavated this one on a recent foray into babylon!