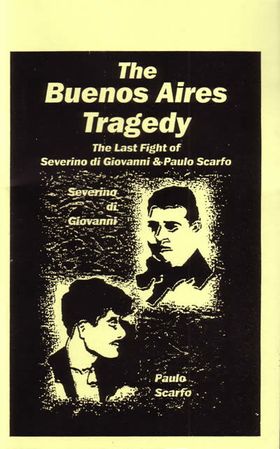 No discussion of Italian Anarchism, the movement in Argentina, or illegalism can pass silently over Severino di Giovanni and his comrades. With both written propaganda and acts of violence they attacked fascism, the framing of Sacco and Vanzetti, the dictatorship of Franco, and the entire capitalist order. Their uncompromising revolt led them into conflict with other anarchists  and to a final, fatal showdown with the state.

This pamphlet is a tribute originally published in L'Adunata dei Refrattari, drawing on letters from comrades in Argentina who had escaped the final repression. A letter from América Scarfó  lover of Severino, sister of Paulo and comrade of both  is also included.