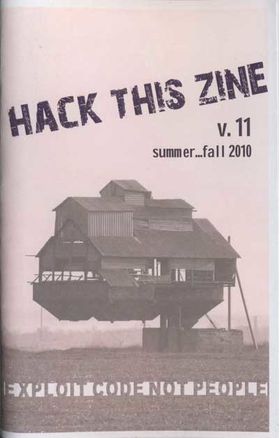 This edition of this irregularly released zine continues its tradition of exuberance (charming despite its propensity to some theoretical inconsistencies), report backs on state surveillance, the lesser known stories behind headline-grabbers (like the wikileaks situation), cyberattacks (frequently starring the inimitable Anonymous), excerpts from interviews with some of the folks in Anonymous, and so on.