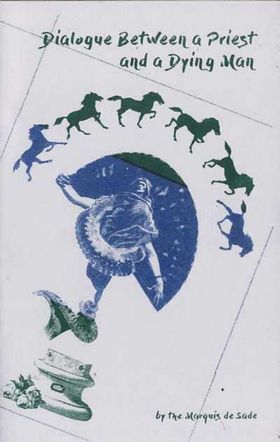 The sheer radical nature of de Sade's destructive atheism (which concluded that pleasure was the sole purpose of existence) makes him the Dark Night of the Enlightenment--and of all the ferocious expressions of sweeping atheism in Sade's work, this essay is probably the most incisive and, at the same time, the most artistically satisfying. Written while he was imprisoned in the Bastille, it was among his first published pieces and challenges the reader to consider the unsettling implications of his investigations of libido, nature, and that "execrable phantom," god. As the title implies, the fixed point around which this narrative whirls is a philosophical conversation, in which a dying man convinces a priest through ruthless argumentation that there is no god or afterlife, and that hedonism is the only logical ethical system. This essay is essential to understanding the "use-value" of de Sade.