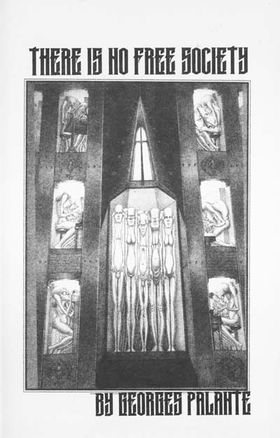 Palante’s obsession is society vis-a-vis the individual. Building on the work of thinkers like Stirner and Nietzsche, he developed an extreme and radical, advanced and subtle, libertarian philosophy: an absolute inoculation against the powers that be, and the powers that would be. He is wary of every idea, ideology, morality, tradition, or faith that could be imposed on the consciousness of the individual to serve the interests of a rulting group, or even the interests of a group rather than those of its constituent members. In every belief system lie the germs of authoritarianism and the suppression of individual difference. He consistently supports what he called Individualism, but always as a tendency, rather than a dogma.