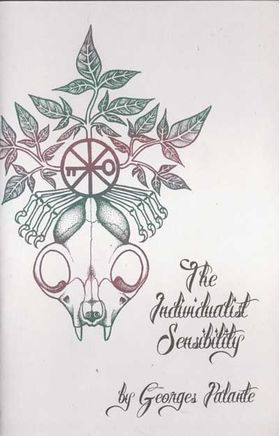 Explores the ideas and temperament of those prone to individualist thinking. To bring out its contours and contrasts, he places such a personality in dialog with several themes: friendship, social intercourse, irony, immoralism. He draws heavily on literary sources in these essays, providing a sort of review of authors like Ibsen, Stendhal, and Shakespeare.

Palante was a thoroughgoing Individualist, who admired Friedrich Nietzsche and showed early interest in the work of Sigmund Freud. His thinking is also critical towards the mass "herd instinct", which he thought oppresses and prevents individuals from developing fully. However, he did not oppose social networks and insisted that his philosophy did not seek to destroy society for the benefit of the individual, but to help to build new networks of social interaction. In sociology, he objected to the holistic model espoused by Émile Durkheim.