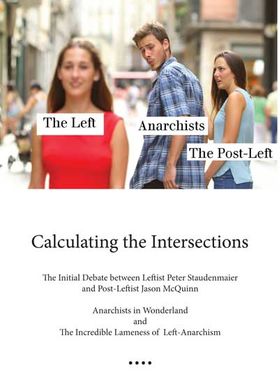 In the 90s, in the pages of Anarchy, a journal of desire armed (commonly known as AJODA), there was a back and forth between some of the contributors to AJODA, and a writer named Peter Staudenmaier, on the Left and the post-Left. This pamphlet provides the beginning of that exchange, for a few reasons, including what debate looked like before the internet, arguments that are funny and entertaining as well as being informational. and occasionally, what it looks like for people in a conversation to be operating on different planes, whether in good faith or not.

So many people these days call themselves post-left, or have been heavily influenced by it (or come to their own versions of it on their own), that it seems worthwhile to revisit the question.