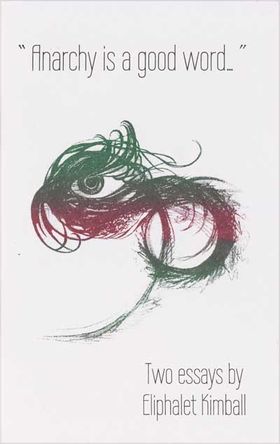 Eliphalet Kimball is not one of the names that one generally associates with the early history of anarchism in the U.S. Indeed he is a mostly forgotten figure. But in 1862 he came out for his understanding of anarchy in the pages of the Boston Investigator--and not just for some philosophical program. He was a proponent of transformative violence, a physician with an idea of social physiology that pointed to the need for occasional bloodlettings, or at least for fevers and the lancing of boils. He was a man of many strong opinions (not all of which align particularly well with current politically-correct standards) and an early anarchist critic of civilization. The essays printed here give a sense of the strength and diversity of his idiosyncratic opinions, and serve as an introduction to a figure too colorful and eccentric to leave out of our anarchist histories.

from the description by Enemy Combatant