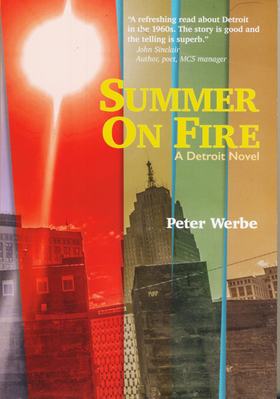 A mix of history and inventive remembrances, this novel recreates six weeks in the intense summer of 1967. Riots, rock and roll, shootings, marches, and bomb plots shake Detroit, reminding us that today's turmoil is a mirror of that era.

The temperature is scorching in Detroit during the summer of 1967 and so is everything happening in this fictionalized memoir by Peter Werbe, staff member of the Fifth Estate, the long-running, Detroit-based anarchist magazine. Werbe’s characters are thrust into tumultuous episodes of 1967 Detroit Rebellion, anti-war demonstrations, fighting fascists, rock and roll, drugs, anarchism, the White Panther Party, Wilhelm Reich, and a bomb plot that provide “a people’s history and radical folklore of Detroit.” The setting is seven weeks in a critical year that demands ethical choices by all involved, ones which mirror today’s crises.

Let us know what you think!