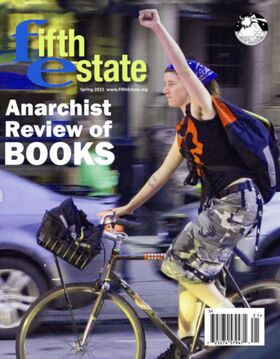 This year's review issue reviews So many books (Dawn of Everything, Dangerous Visions and New Worlds, The Nation on No Map, All of Me, There Plant Eyes, More than Meets the Eye, The Blast, Beyond Geography, and loads more including notably a brief piece by Marius Mason), and featured pieces on the war in Ukraine, revolutionary cynicism (against, lol), Tacky Little Pamphlets, the Modern School Movement, Bryan Tucker on ACT UP, and Ron Sakolsky on defending our imaginations from high-tech takeover.