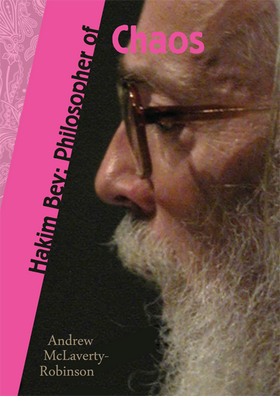 This collection of a series of columns for the UK magazine CeaseFire, that were written before Peter Lamborn Wilson's death, draws from the decades of writings of the prolific PLW, contextualizes him and his writings, reflects on why and how he has been significant to anarchists in particular, and does it all in clear, straight-forward language.

If you're looking to explain to others why PLW is worth reading, or if you want to understand his times, or have a summary before diving into his writings for yourself, this is the book for you.

The central innovation of Wilson’s approach to anarchism and transformative politics is his focus on the domain of images and spirituality. Wilson suggests that a Mundus Imaginalis (world or images or imagination) exists. In this world, there are imaginal personae or archetypes. This idea of an imaginal world comes from the work of comparative religion scholar Henry Corbin. Imaginal means that something exists in the world of images and archetypes—it does not mean imaginary. For Bey (and Corbin), we can have relations with this realm. In his discussion of archetypes, Bey suggests there are three realms—the level of oneness of being, the imaginal level, and the material level. ...

As in Jungian theory, Bey maintains that archetypes express structural universals of the human condition. For this reason, lost religious and indigenous traditions can often be reconstructed by interpreting them through archetypes. Such texts are not fictional, so much as polemics for imaginal initiation, which manifest a process of such initiation. Imaginal links are actual—both material and spiritual—and not simply symbols or metaphors.