Welcome to the quarterly newsletter of Little Black Cart. It is a little late this quarter because we were waiting on an external printer who was rather late with some bad news. We distribute anarchist anti-political books, pamphlets, and newspapers. This quarter we have a new book that we are rather proud of (it was put together by Aragorn!) and the annual BASTARD conference journal.

We also are growing our selection of zines with some titles from the "insurrectionary pack." This year (2019) we are slowing down but focusing on high quality anarchist content with some surprises in store. For those of you who do the whole podcast thing we have added a third to our list of frequent audio content.

The Fight for Turtle Island

This book is a culmination of several years of interviews between Aragorn! and a variety of Native people who are or were in anarchist circles. Mostly the conversations are in and about the intersections of, and tensions between, indigeneity and anarchism, through stories and experiences with anarchists.

Turtle Island is the land beneath our feet and it is the imaginary place that existed before colonization and that will exist when colonization is over. It is a true myth and an impossible dream. The fight for it requires warriors, tricksters, and medicine stronger than we know. How will we learn? Who will we do it with? Can anarchists help or are they just hurting this fight?

As a place that doesn't exist (but did) Turtle Island is the type of no place usually referred to as myth. Perhaps this is true, perhaps Turtle Island is merely the fantastic story of a people who have since disappeared, or the story I'd prefer to tell about the place I live. If I live in Turtle Island and not The United States of America, I can differentiate between my life and the life violently imposed upon me. I might be powerless to do much about it but it somehow feels important to assert that I would if I could, not an end-of-the-movie inspirational assertion about how We Are Powerful Together, but a personal declaration that I am on the side of a myth vs Manifest Destiny, that I believe in something-like-struggle if not the particulars of a specific fight, that I walk on the back of turtles and not on a spinning globe that'll be discarded as soon as the powerful are ready to leave.

For more information - The Fight for Turtle Island edited by Aragorn! 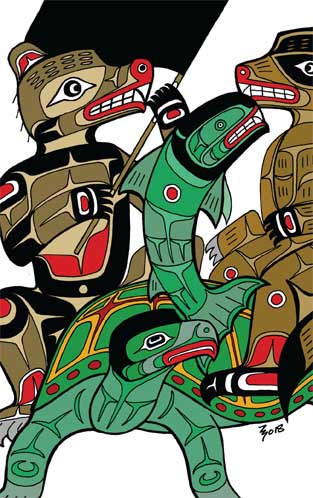 The Chronicles for 2018, later this year because the conference was later, but here it is! The theme was Hyphenated Anarchisms, and included herein are pieces from all of the five workshops, including two pieces by joint presenters Daniel and Jason McQuinn. Workshop titles were Can Anarchism be Saved?, Anarchism with and without Adjectives, Anarchism in a Futureless World, Notes Toward an Anarchist Numerology, and fragments from Lew's workshop on Freake Anarchism. For more information - The BASTARD Chronicles 2018 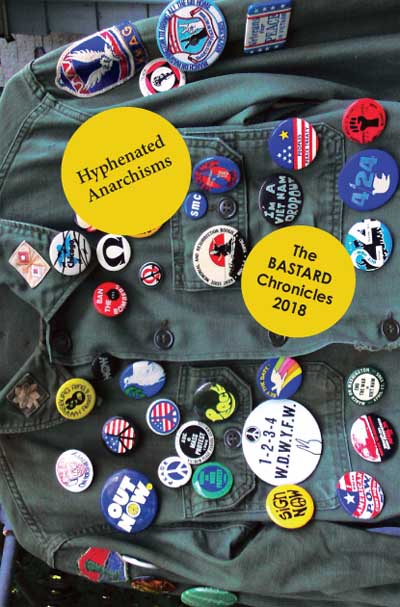 This year we tried to do a xmas sale. It was cute. It was an effort. It was a failure financially. But since we wanted to do so much more we put a pack of titles together and wrapped them up with an aesthetic flourish.

The Delirious Momentum of the Revolt


A.G. Schwartz produced the book We are an Image from the Future, one of two good books on the 2008 insurrections in Greece. These essays provide an international insurrectionary perspective of events in the U.S. in that same time period. “The Logic of Not Demanding”, the Greek insurrection in 2008 and lessons that can be learned from it, and discussions of various attempts to try insurrectionary approaches in the United States. Schwartz is writing mostly under different names now, but continues to be thought-provoking, considered, and intelligent.

For more information - The Delirious Momentum of the Revolt 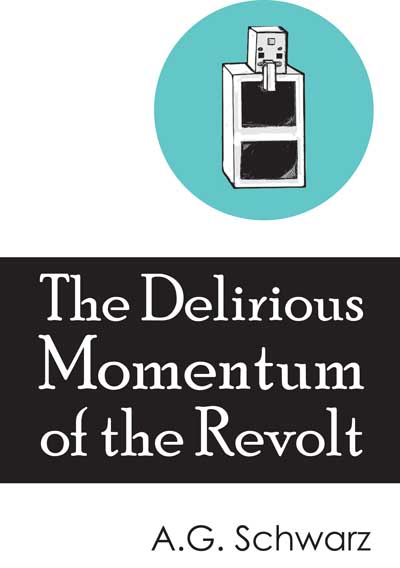 
This is a classic of Italian insurrectionary anarchy, written and known well before insurrection was a gleam in the eye of americans.

On the one hand there is the existent, with its habits and certainties. And of certainty, that social poison, one can die. On the other hand there is insurrection, the unknown bursting into the life of all. The possible beginning of an exaggerated practice of freedom.

For more information - At Daggers Drawn 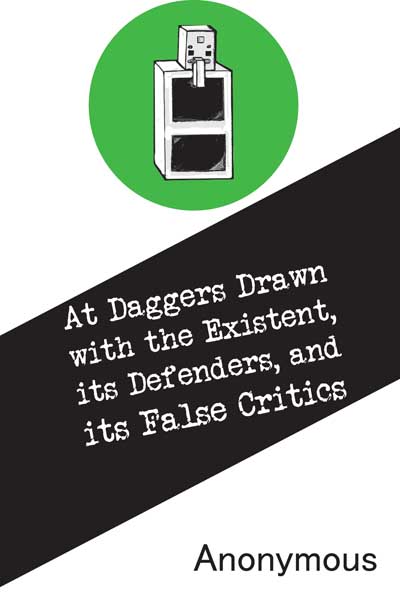 
Along with At Daggers Drawn, this is a classic of insurrectionary anarchism, by the single writer who has done the most to explain and explore the Italian insurrectionary perspective (with many thanks to Jean Weir and to Wolfi Landstreicher for the translating efforts they have both put in over the years!).

In Italy it seemed essential to prevent the many actions carried out against the men and structures of power by comrades every day from being drawn into the planned logic of an armed party such as the Red Brigades. That is the spirit of this book. To show how a practice of liberation and destruction can come forth from a joyful logic of struggle, not a mortifying, schematic rigidity within the pre-established canons of a directing group. 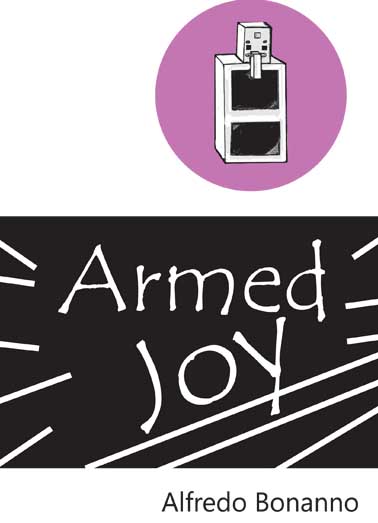 A Project of Liberation

A collection of insurrectionary essays from unnamed individuals north of the border. Includes February, 2003, Activist Practice and Revolutionary Struggle, Towards An Insurgent Social Movement in Vancouver, Anarchists, Base Organizations and Intermediate Struggles, The Woodwards Squat, Social Struggle, Social War, An Anarchist Concept of Value, and Revolutionary Initiative.

Inspiring, and more current than most of the other good insurrectionary writings.

For more information - A Project of Liberation 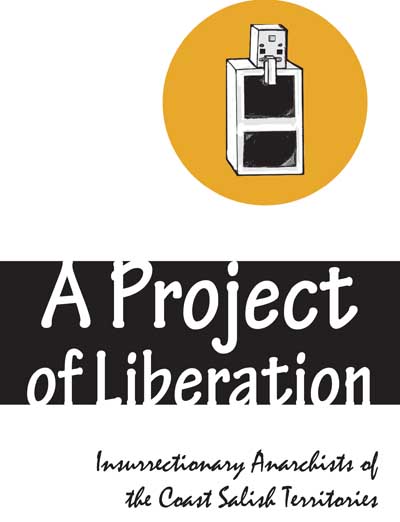 The Totality is Incomplete

Alex Gorrion will be familiar to anyone who has paid attention to The Anvil, which was (and still is, in a lingering fashion) primarily a journal of anarchist reviews of non-anarchist culture. Alex has done some of the most fun, exciting, interesting, and personal writing on that site, like a more accessible frere dupont. Alex is one of my favorite anarchist writers, and I wish for more writing by them, but until then, here are Alex's favorites from that site, collected for your reading pleasure, far away from the glowing screen. These articles include thoughtful and critical responses to Tiqqun texts; popular music icons like Jewel and Kanye (yes, I did just put them in the same sentence); thoughts on brilliant anarchists like Novatore and Isabelle Eberhardt (anarchist in spirit, if not in name), and so much more.

The Totality is Incomplete 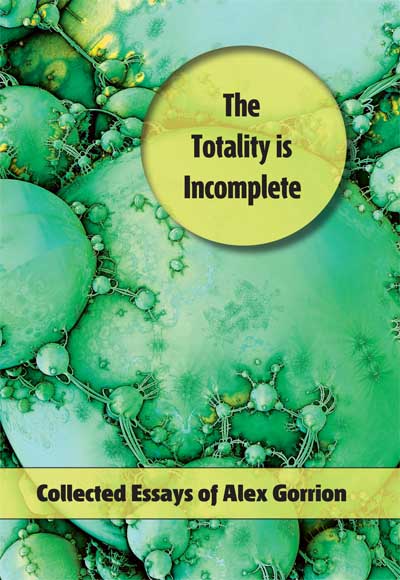 Stirner - The Unique and Its Property

From the translator's introduction:

I made this translation for those who rebel against all that is held sacred, against every society, every collectivity, every ideology, every abstraction that various authorities, institutions, or even other individuals try to impose on them as a "higher power," for those who know how to loot from a book like this, to take from it those conceptual tools and weapons that they can use in their own defiant, laughing, mocking self-creation, to rise up above and against the impositions of the mass. In other words I did this translation for those who know how to treat a book not as a sacred text to either be followed or hermeneutically dissected, but as an armory or a toolbox from which to take whatever will aid them in creating their lives, their enjoyments

This new version of Wolfi's translation includes an index and a gorgeous cover that refutes expectations.

The Unique and Its Property 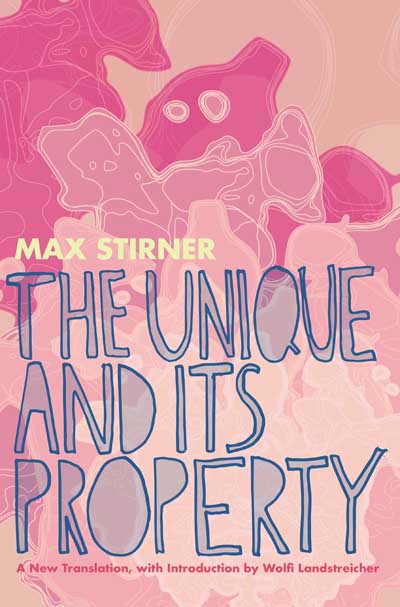 We have a living space (and good company) in Berkeley California to offer someone who wants to intern with us and work on exciting anarchist projects for three months starting in Spring 2019. Contact us at our primary email for more information and logistics.

Are you in the Bay Area and would you like to help make LBC projects happen? Drop us a line.

In a program that we're really happy with, LBC hosts a new intern every three months. If you are interested in becoming a close friend with LBC and being exposed to the ideas and personalities around the project and our environs, if you've been wanting time and encouragement to work on or start that awesome anarchist project you've had in mind, feel free to reach out to us at our email address for more information. We are currently looking for interns for the whole of 2019!!!