Welcome to this quarters edition of What is new with Little Black Cart?! For those of you who are new, Little Black Cart is an experiment in anarchist publishing. We have published something like 100 titles, many historical, some important, some scandalous, and all out of our process of semi-autonomous anarchist projectuality. We print our own books (as in we have our own printshop), erratically distribute, and do what we can to make meaningful content that we share with you.

This quarter we have a couple experiments for you. The first is poetry! We have a brand new epic book of poetry, a smaller collection of anti-civilization poetry, and an interesting collection of essays by a new author (to us) Ziq (raddle).

A beautiful brand new book of poetry by Wolfi Landstreicher

Spanning over three decades, the magical, guerrilla wordplay of the many-masked trickster known variously as Apio Ludd/Wolf Landstreicher/Feral Faun and Apio Ludicrous restores poetry to its proper place as the insurrectionist’s shadow and emancipator of desire, and recasts the poet as a sorcerous Chaote, a lumpen Anarch and outlaw troubadour, a clown shaman and revelatory seer who senses the tidal pulse of a new epoch and becomes its herald and jester, drawing sigils for a future world of passional attraction and libertine excess. Many of the dreaming jewels contained in this collection are inlaid with feral enchantment, many are draped in Discordian insight and wit, while others challenge the docility of “political” language (and language itself), and quite a few more burst their own banks with elemental silliness. But all of these vision-intoxicated outpourings are illuminated by the blazing imaginal fire of the willful, self-creating rebel. This is poetry as an act of defiance, as the eternal enemy of Reality, as a violence against the status quo, and as a ludic zone of the imagination in which the Marvelous can alchemically materialize—making this anthology a must-read for those weary of discussing anarchy in the clichéd ways of the past.

A collection of anti-civilization poetry

Reason, rationality, inductivism, and totalizing metanarratives are weapons civilization has always used to legitimize its all-encompassing predations and butchery. So perhaps it’s most useful, when critiquing civilization, to subvert the enemies’ language of pre-designed validation or abandon it entirely in favor of more primal, animistic and untamed modes of expression. Tis pocket-sized declaration of war collects a multiplicity of voices launching mythopoetic assaults on the Grand Fables and foundational “unities” of civilization—voices which deliberately aim to disturb the globalizing social code of colonization and conquest. Taken individually and collectively, their eﬀect is to sweep aside the visionless concrete ghettoes, imaginal trailer-parks and mental urbanization of the domesticated subject—stripping away the clutter of mechanical verbalizations, the layers of conceptual plastic, the commodity-culture programming and the benumbed lifestyle of diversions that cloud our awareness to the horror of it all. 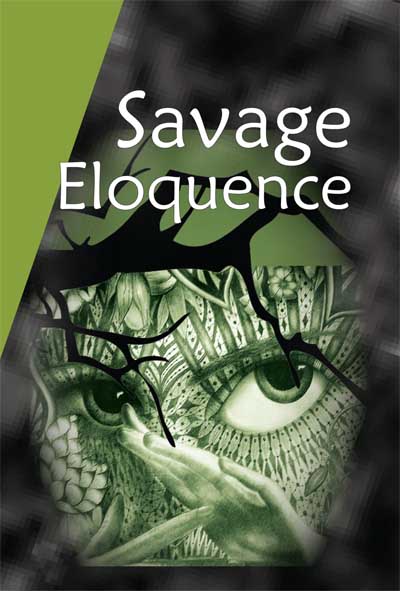 The Need for a Rejection of the Colonizer’s Civilization

You have demolished their sublime mountains to construct your shopping malls and marinas. You have drained their great lakes to plant your carefully manicured golf courses. Felled their majestic forests to graze your billion cows. Desecrated their vast oceans with your rotten, putrid waste. You’re driven to control Terra, to change the course of their rivers, to reshape their shorelines and modify their lifeforms to suit your rapacious appetite. You can’t fathom of a world where you don’t own the earth below your feet; posses everything Terra created as your own. You are imperious to assume Terra will be so aﬀected by a ﬂeetingly short-lived and short-sighted creature as yourself. If it takes a million of your lifetimes, Terra will wash away the volumes of excrement you have soiled their surface with. You spent your wretched life desperately cutting your name into Terra’s ﬂesh, but Terra’s wounds will callus over, creature. Long after the arrogant grin you wear on your lips has turned to dust with the rest of your foul corpse, Terra will regenerate. All the beautiful, disparate beasts you have eradicated during your brief gluttonous tantrum will be reborn. The trees will rise again in magnificent groves as far as the eye can see. Everything you took will be reclaimed

For more information - To the Desertmaker by Ziq 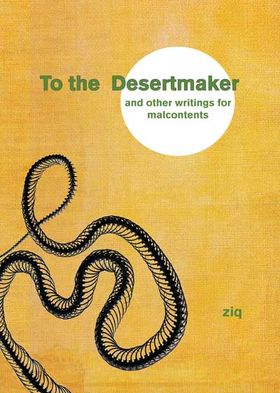 Here to manage your dates, remind you of birthdays, and inform you of random fascinating tidbits of info and radical history. This is the large version, featuring spiral binding, allowing pages to wrap around front to back and back again.

It's bound with a tough plasticoil binding and is twice the size of the “classic” pocket organizer (5.5 inches X 8.5 inches) with twice as much space to write down all the events in your life. It is 176 pages. It has similar contents to the classic: radical dates for every day of the year, space to write your phone numbers, a contact list of radical groups around the globe, menstrual calendar, info on police repression, extra note pages, plus much more. You get a little bonus stuff in the spiral version. The covers are laminated with heavy duty 3 mil glossy plastic to help it survive the year. 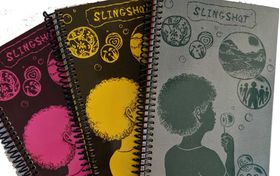 Suffragette, egoist, philosopher, Dora Marsden (1882-1960) burst the chains keeping women from education; the chains keeping women from the vote; the chains of conservative feminism; the chains of philosophy, of time, and of language. Her literary and philosophical journals were among the earliest to publish James Joyce, Ezra Pound, H.D., Margaret Storm Jameson, and T.S. Eliot. She was described as the Max Stirner of feminism. From shouting down Winston Churchill, to pioneering publications, to decades in a mental hospital: this biography is the first and foremost record of her life. Over 400 pages, and includes a bibliography and an index.

Find it at A Brave and Beautiful Spirit: Dora Marsden 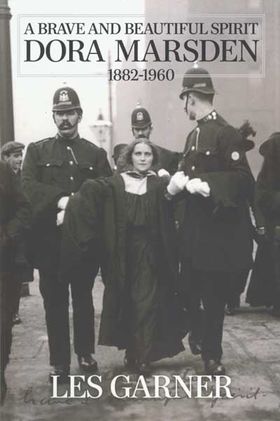 Insurrection was an English magazine that articulated a revolutionary perspective that largely existed at the time in Italy (1982-1989).

Capitalism contains deep contradictions which push it towards processes of adjustment and evolution aimed at avoiding the periodic crises that afflict it; but we cannot cradle ourselves waiting for these crises. When they happen they will be welcomed if they respond to the requirements for accelerating the elements of the insurrectional process. In the meantime, for our part, we are preparing ourselves and the exploited masses for insurrection. In this sense we consider the time is always ripe for the next insurrection. Better a failed insurrection than a hundred vacillations that cause the failure of a hundred occasions from which it might have been possible for the final revolution to break out. We are therefore against those who say that the recent defeat of the revolutionary movement should make us reﬂect and conclude that we should be more prudent. We consider that the time for insurrection has come precisely because it is always time to fight, whereas procrastinating is useful only for capital. To prepare for insurrection means to prepare the subjective conditions (personal and material) which consent a specifc anarchist minority to create the indispensable circumstances for the development of the insurrectional process. Although insurrection is a mass phenomenon, and would risk aborting immediately if it were not. Its beginning is always the result of the action of a decided minority, a handful of brave ones capable of attacking the nerve centres of the partial objective to be reached. We must be very clear on this point. The tasks of the anarchist struggle against power can be extremely varied, but all—in our opinion—must be coherently directed towards preparing the insurrection.

In this insurrectionary spirit we publish this omnibus edition (everything short of 30 year old, time-sensitive reportbacks). 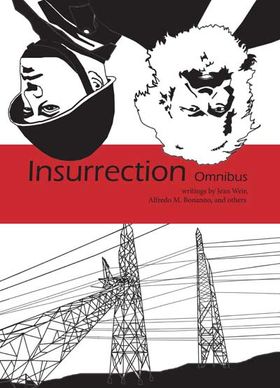 Find it The Spectacle of Society 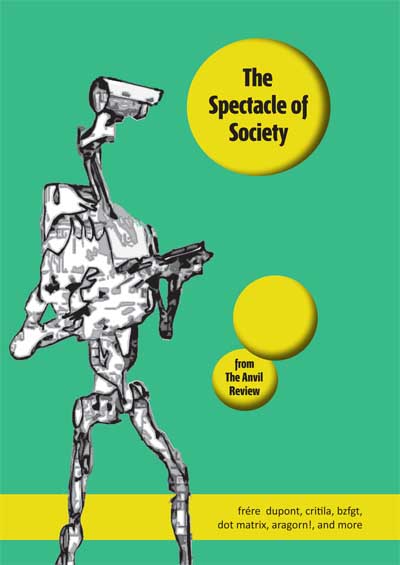 Poetry, reminiscences, thoughts, from time spent in Exarchia. If you've been, here's a reminder of what it is like. If you haven't been, here's a taste. Personal, touching, insurrectionary. 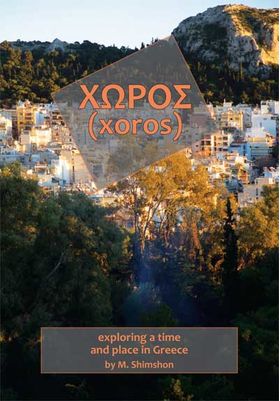